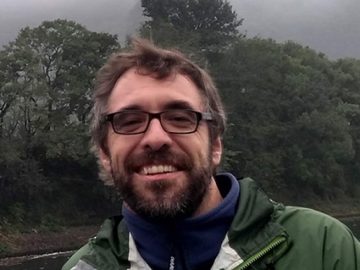 Prof. Aitor Mugarza graduated in physics in 1997, before earning his PhD in the same field in 2002, both at the Euskal Herriko Unibertsitatea (University of the Basque Country). He was awarded a Marie Curie Fellowship to work as a postdoctoral scientist at the Lawrence Berkeley National Laboratory (USA) and the Institut de Ciència de Materials de Barcelona (ICMAB). He joined the former Catalan Institute of Nanotechnology in 2007 with a Ramón y Cajal Fellowship. In 2013 he became group leader of the Atomic Manipulation and Spectroscopy Group at the recently constituted ICN2. He has been an ICREA Research Professor since 2015.

His research activity is based on the study of quantum electronic and magnetic phenomena at the nanoscale and the development of strategies for their manipulation with atomic precision. By combining scanning tunnelling microscopy techniques with spectroscopy using synchrotron radiation, he correlates microscopic phenomena to macroscopic observables for the characterisation and design of new materials and devices. He is currently focused on novel materials including molecular and graphene nanostructures, topological insulators and other 2D materials with strong spin-orbit interactions.