Home › News › Molecules with a spin on a topological insulator: a hybrid approach to magnetic topological states of matter

Molecules with a spin on a topological insulator: a hybrid approach to magnetic topological states of matter 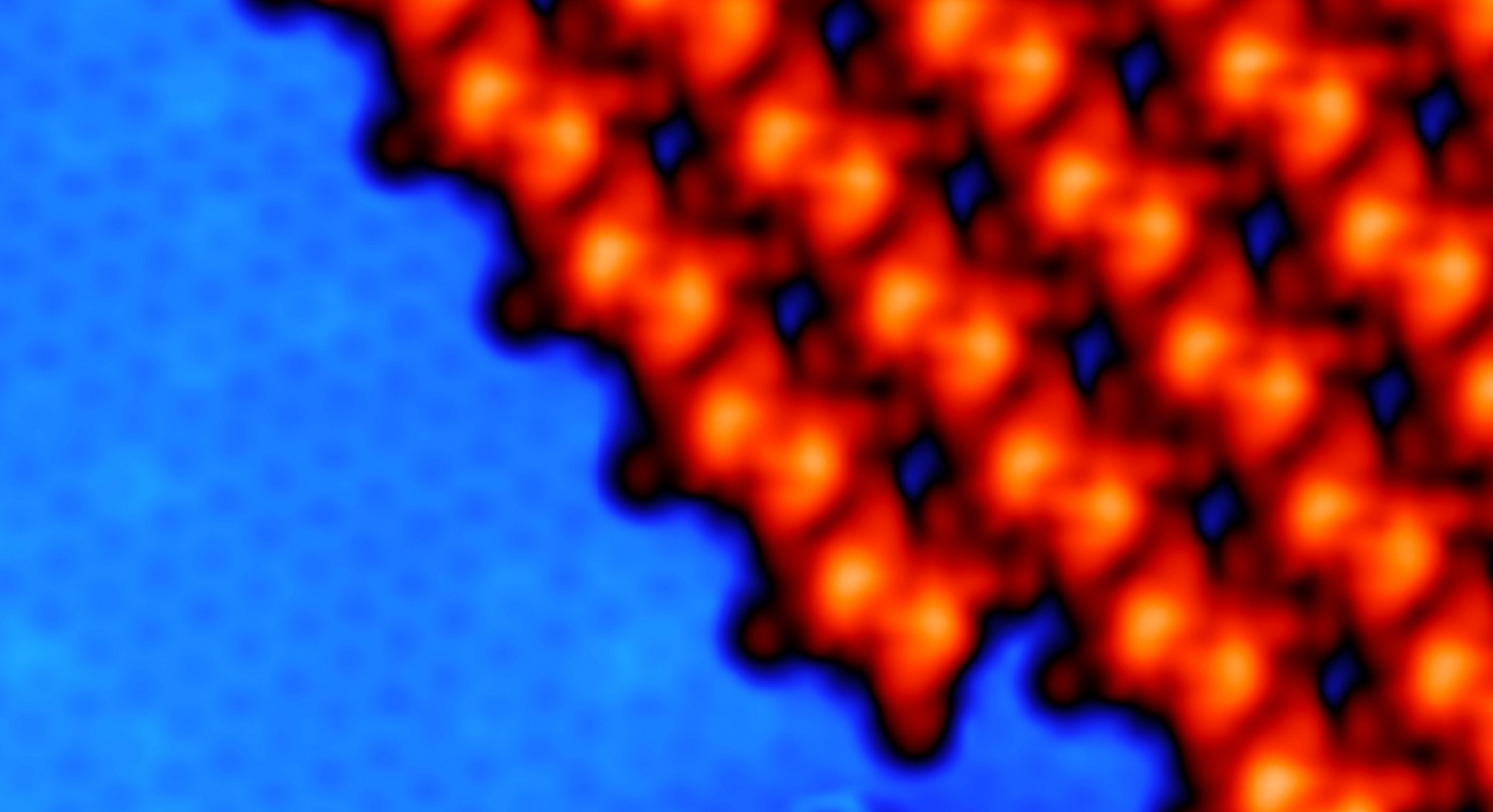 Researchers of AMS has shown that ligands from metal-organic molecules can be used to tailor electronic and magnetic interactions bewteen single magnetic ions and topological states. The results are presented in ACS Nano.

A topological insulator (TI) is a material that behaves as an insulator in its interior but whose surface contains exotic conducting states, therefore allowing electrons to move only in the surface of the material. The most peculiar property of these surface electrons is that their spin is locked to the direction of motion, so that it can be manipulated by electrical currents.

Interfacing TIs with a magnetic material can give rise to phenomena such as the current-induced spin to charge interconversion and the emergence of dissipationless spin currents, which can be exploited in novel spintronic devices, metrology or in electron-spin based quantum information applications. However, this union of TI and magnetic material into a so-called heterostructure is a complex process that often prevents the control of the special phenomena described before. In particular, when the TI is interfaced directly with metallic ferromagnets, the strong interaction between the two materials leads to undesired effects such as the loss of magnetic properties or the suppression of the topological surface states.

By contrast, metal-organic molecules, organic molecules hosting a (magnetic) metallic ion, have been envisioned as candidates to develop magnetic/TI heterostructures in which interfacial interactions are tailored by the organic ligand. This is precisely what researchers from the ICN2, in collaboration with CFM-San Sebastián, ETH Zurich, ISM-Trieste and ALBA Synchrotron, have demonstrated. Published in ACS Nano, this research has been led by ICREA Prof. Aitor Mugarza, Leader of the Atomic Manipulation and Spectrocopy Group and ICREA Prof. Sergio O. Valenzuela, Leader of the Physics and Engineering of Nanodevices Group. They have had the collaboration of ICREA Prof. Daniel Maspoch, Leader of the Supramolecular Nanochemistry and Materials Group, which has synthesised the metal-organic molecule. The first author of the work is former ICN2’s PhD student Marc G. Cuxart.

In this work, the researchers have shown for the first time that it is possible to tune the interfacial interaction without quenching the molecular spin and the topological surface state of the TI by choosing suitable organic ligands. In particular, they found that CoTBrPP and CoPc monolayers (metal-organic molecules) adsorbed on Bi2Te3 (topological insulator) form robust interfaces where electronic interactions can be tuned without strongly perturbing the intrinsic properties of each constituent. Their conclusions are supported by structural, electronic and magnetic information derived from a combination of specialised techniques (STM, ARPES, XMCD and DFT).