AMS researchers receive the Distinguished Research Award of the CSIC 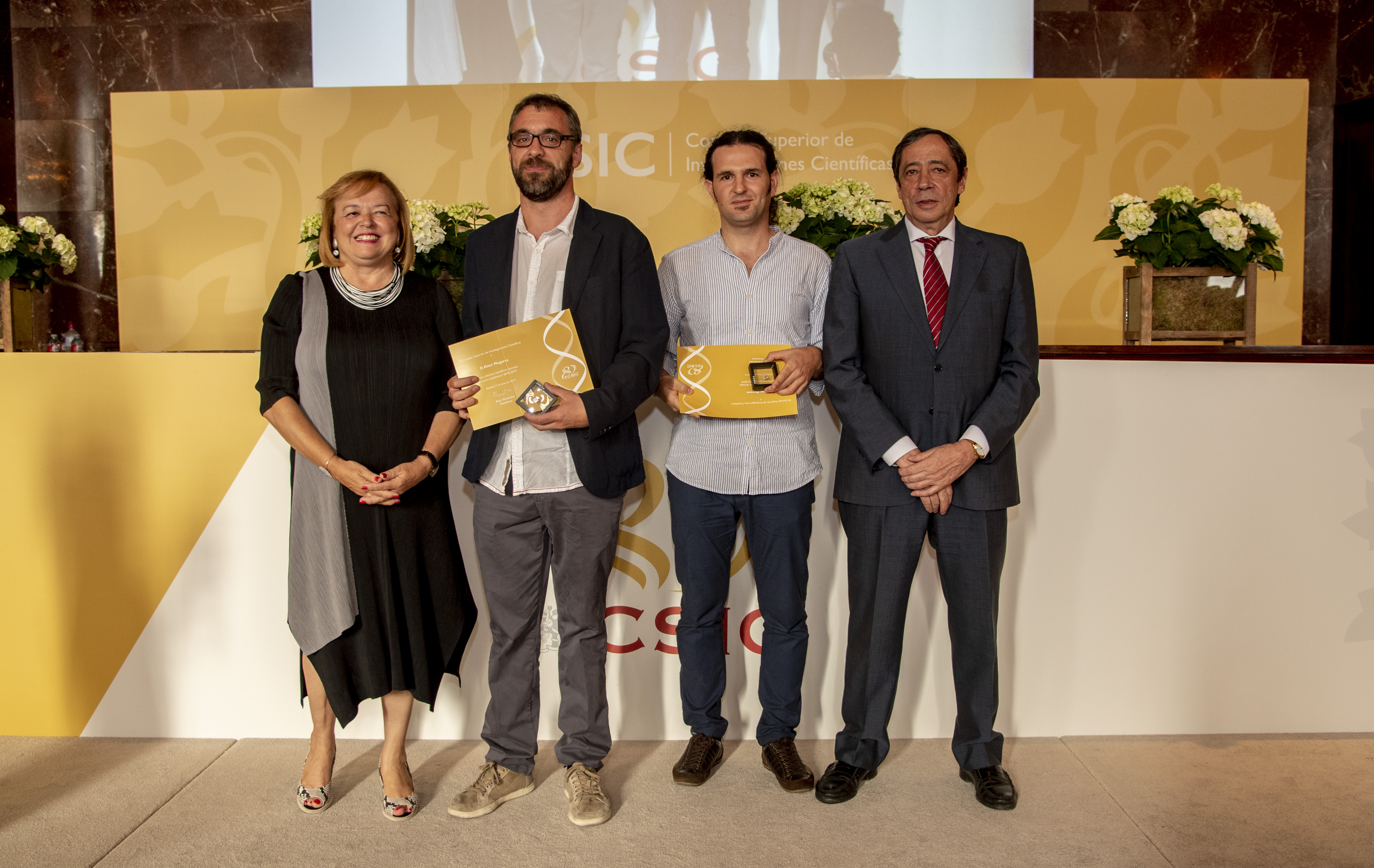 César Moreno and Aitor Mugarza received the Distinguished Research Award of the CSIC.

In a ceremony held last 27 June at CSIC headquarters in Madrid, the members of CSIC who had received a highlighted distinction in 2018 were personally congratulated by Rosa Menéndez, President of CSIC, and Rafael Rodrigo, General Secretary of Science Policy at the Spanish Science, Innovation and Universities Ministry. César Moreno and Aitor Mugarza were among them, for the Molecule of the Year recognition of the nanoporous graphene they synthesized by the American Chemical Society.